Vidya Balan portrays Vidya Vincent, a courageous and newly transferred forest officer, who is trying to save a displaced tigress, while fighting both nature as well as the strongly patriarchal society. Like the animal, she too finds herself cornered, while trying to prove against norms set only for some

The movie released on Amazon Prime OTT and is available globally.

The movie tells the story of Suruli, a carefree gangster in Madurai, who is recruited to help an overseas crime lord take down a rival, but later caught off guard by the moral dilemmas that follow.It also touches upon the issues of international migrants and anti immigrant right wing politics

The movie was released worldwide on the Netflix OTT platform on 18 June, 2021

Jagame Thandhiram was scheduled for a theatrical release on 1 May 2020, but was delayed indefinitely due to the COVID-19 pandemic. While the makers initially planned on releasing the film only in theatres, this decision was dropped in February 2021 in favour of a worldwide digital release through Netflix on 18 June 2021. It was dubbed and released in 17 languages, across 190 countries.

The movie is directed by the famous director Ram Gopal Varma

The movie tells the story of two women, who had bad experience with men. This causes them to hate men. The two women begin to love each other in a lesbian relationship.

The movie release on the SPARK OTT platform.

Kamini is a free-spirited media anchor who hosts a prank show on TV . However, the morning after a party, she is shocked to find herself naked in an abandoned building.

First part lags, especially with character intros. Then the suspense builds up and pace increases. But the climax, though unexpected, is preachy . The script seems to be judgemental and shows free spirited women, especially in media, with a negative light. It at least partially justifies the horrors forced on Kamini, who is shown as a courageous modern woman, as just “teaching her a lesson”. Such narrative only strengthens age old patriarchal stereotypes, as shown by the police man who is approached by Kamini’s mother.

A nail biting thriller, that does not allow us to stop. With a good twist at the end

A judicial officer meets a young boy who says murder stories in extreme detail. The matter become more complicated as the stories become real incidents in a distant past

Thrilled beyond words. Good script, concise, without any diversion or extra baggage. Kunchacko Boban has, as usual, given his wonderful best, with great support from Saiju Kurup. Great direction too. As the story proceeds into second half, amazing twists increase the suspense, culminating in a never thought about Climax. Nayanthara has done justice to her character as female lead

Make sure to cool all ingredients . Keep oven heated to 180 ° C . Keep 8 muffin moulds ready and smear some butter to their side.

Blend the first 4 ingredients of pie crest together. Add milk to the mixture and knead the dough. Cut small circles out of the dough and line the inside and sides of the mould. Excess flour should be cut and replaced. This mould should be kept in the freezer.

Combine the three filling ingredients to prepare the apple filling and cook over a gas stove.

Fill the filling in the pie crust s, and use the remaining dough to cover the top in interesting design

Trailer of movie DANGEROUS by Ram Gopal Varma has released on YouTube and social media. The movie, claiming to be the “first Indian lesbian crime thriller”.The trailer, showing a lot of skin, was widely criticised, both for the content as well as the accompanying tweet about ” bad experiences with men”making the characters lesbians.

But is it really the first lesbian crime thriller in India? To answer it, we try a few movies of that genre that has released till now, in theaters or online

It portrays an aggressive lesbian, who stays in a cottage in a hill station, and preys on innocent girls using drugs. The story depicts what happens when a girl, who is seduced by her, try to escape

A newly married couple settle at a Ayurveda resort, owned by the husband. A mysterious female client takes admission, even though she is alright. What is her motive?

Sunny (Prashanti), Alex (Gitanjali) are two good friends.  Sunny treats herself like a man from the beginning.  During their journey, Sunny falls in love with Alex.  Alex initially opposes Sunny’s love, but then approaches her.  On one occasion they move to a cottage, and are chased by a murderous psycho.

A group of girls go on a tour to shoot a short film with a lesbian theme. On the way, they meet a stranger woman and the film is about what happened after that. The movie has actress Nadia Moidu as a police officer 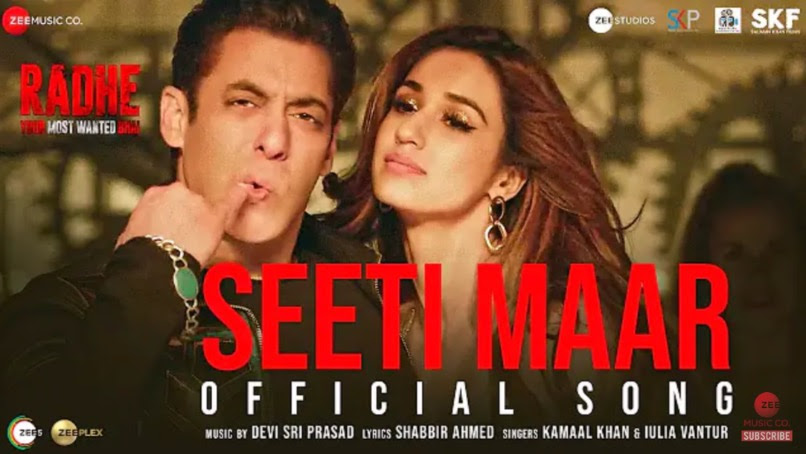 Ever since the trailer of Radhe: Your Most Wanted Bhai released, we’ve been waiting for Seeti Maar. The first song release, Seeti Maar launched on Monday and has already won hearts. Salman Khan Grooves to the first song ‘Seeti Maar’ from Radhe Superstar Salman Khan is joined by Bollywood’s Bae Disha Patani in this much-talked-about […]

Let us face the truth.. The world and India especially, is battling an emergency of never seen before proportions, caused by a new virus about which very little is known officially. A lot of research is going on and some vaccines have been developed, treatment methods being suggested and improvised daily. People are crying out for oxygen and vaccine apoopoopooooppooppppll over the world.

But at same time, a new phenomenon has arisen on internet. Across social media platforms and YouTube, handles and channels are mushrooming, giving free advice for everything, from how to increase oxygen levels to Covid 19 treatment . They oppose known Covid 19 protocols from reputed institutions and give suggestions, including when to use steroids and blood thinners. Some call for first day use of steroid , and other self made protocol, without citing at least peer reviewed studies

There is nothing more dangerous than half knowledge. Many people, who have either heard about these terms earlier or read about them online, tend to believe these advice, esyfrom handles with Dr. Prefix

Everyone who puts a “Dr” in Twitter handle may not be a doctor. And even all doctors may not have the complete know how and experience to battle such a disease

Only believe data and information from reputed sources. Double check when possible

Do not self medicate. See your doctor. He will inspect you and tell you about treatment.

Because, information may mean life or death

BEST HINDI MOVIES YOU MUST WATCH ON OTT

Saina is a Hindi biographical sports movie based on the life of Badminton player Saina Nehwal,a professioNetflixnal badminton player who once ranked number one in the sport.The film which stars Parineeti Chopra in the titular role, was directed by Amol Gupte. Though the movie was initially set to release in September 2020, but was postponed due to the COVID-19 pandemic in India. Finally it was theatrical released on 26 March 2021.

Set in the 80s and 90s, Mumbai Saga tells the story of how Rao, rises to the stature of a feared gangster iin the Mumbai Underworld, as he pits himself against inspector..The movie shows the changing phases of Mumbai by closing mills to make malls and high rise buildings.

An action-thriller centered on the showdown between a celebrated cop and a serial killer out to avenge his wife murder who challenges the former to nab him.

Maara, a young man from a remote village, dreams of launching his own airline service. However, he must overcome several obstacles and challenges in order to be successful in his qu

The story revolves around a dysfunctional family of three women and their unconventional life choices. Nayantara, an acclaimed writer, and mother of Anuradha. Anuradha, a Bollywood actor-dancer, is as complex and fierce as her mother and also is a single mother. And Masha (Anuradha’s daughter), is different from the rest of the women in her family. She is a housewife who is pregnant and is willing to compromise on anything to have the “normal” life that she was deprived of.